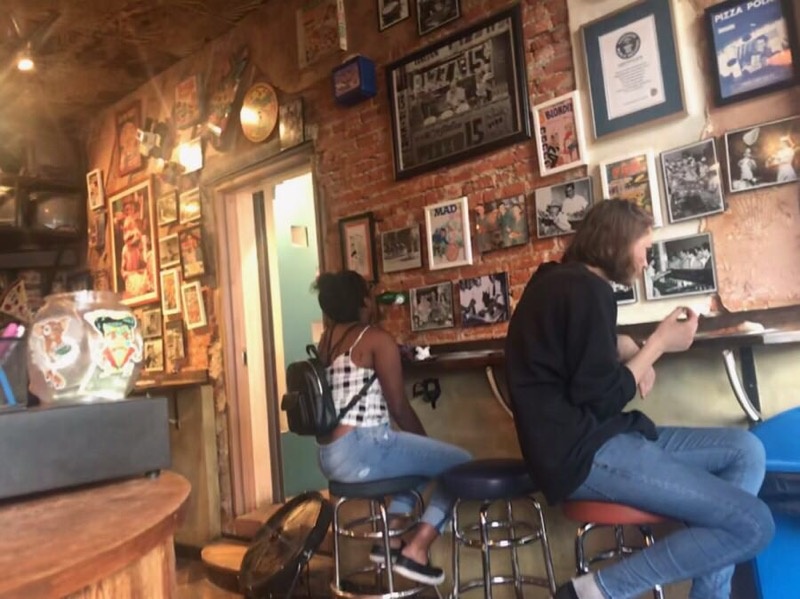 And Little Baby's Ice Cream, their next-door neighbor. Well, actually... it's just an open doorway separating them. So they're next-door, but also same-door. Whatever. Not the point.

It's recently been brought to my attention that not only has not everyone in the surrounding area indulged in said pizza, but also, some haven't even so much as heard of it. So hey, yeah. Look me in the eyes. 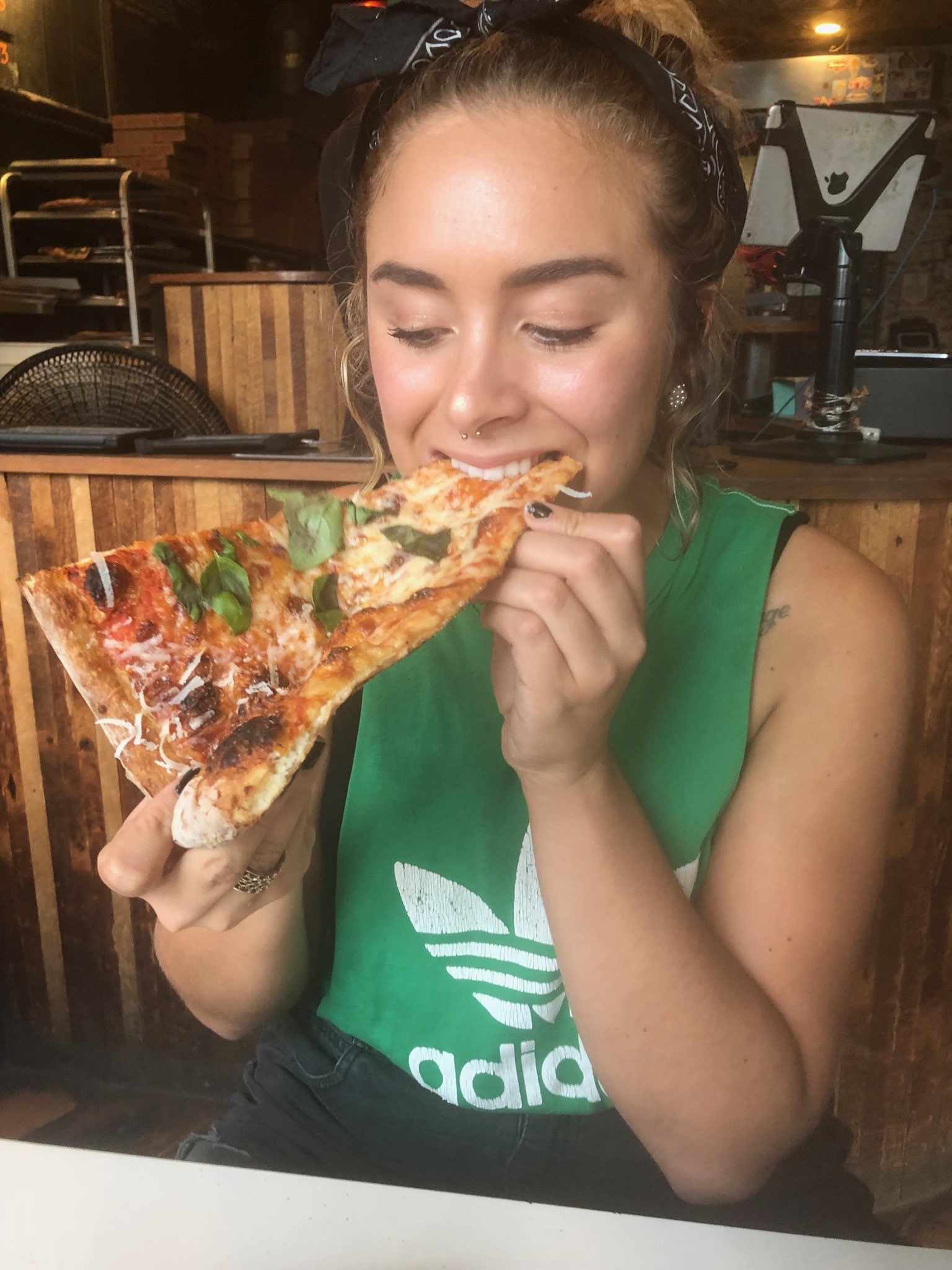 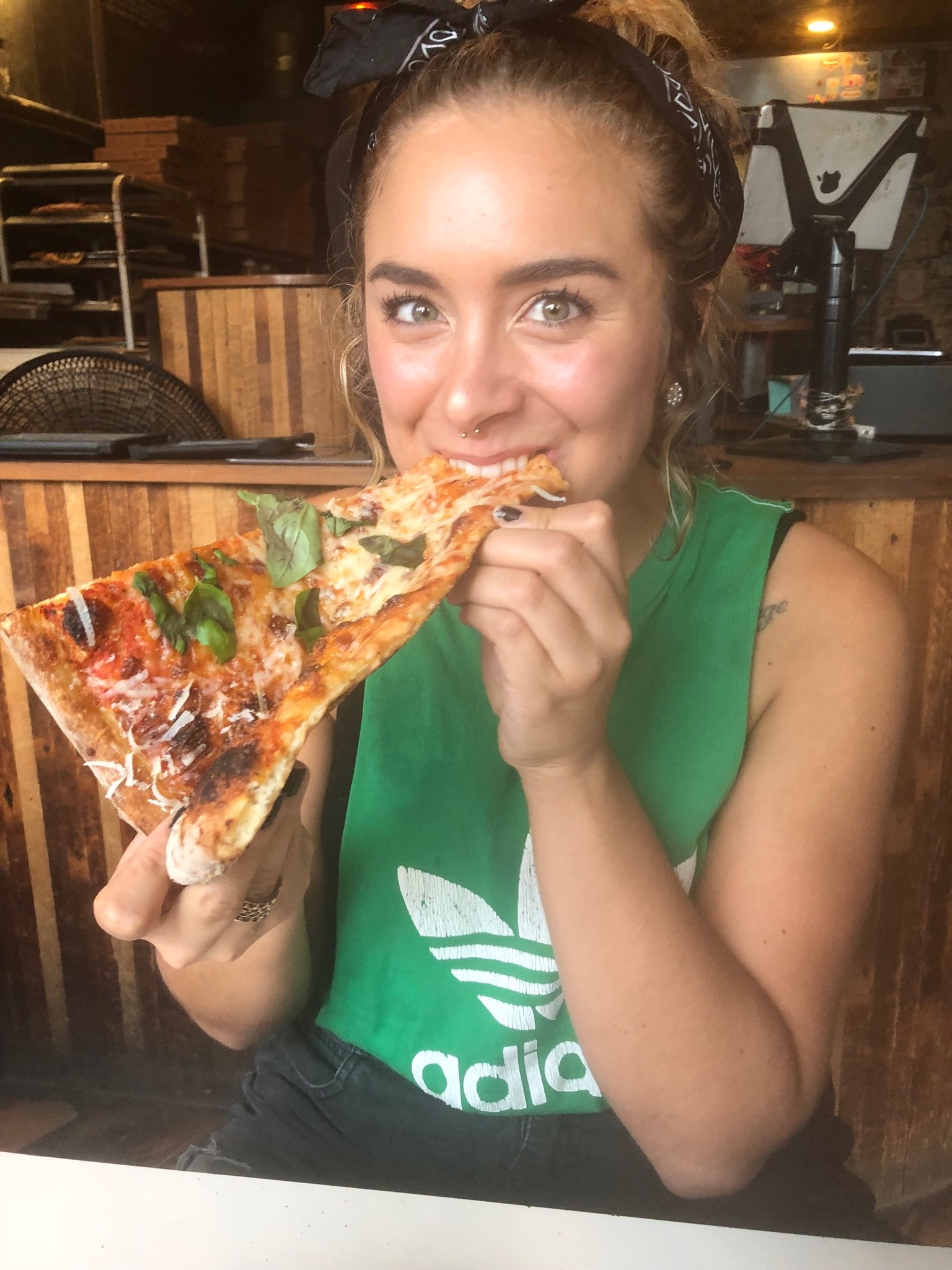 So let me take you there. We're walking along Frankford Ave's sidewalk and smell the thin-crust pizza baking in the over. You walk through the doors, and you're welcome into a world where no pizza memorabilia goes unaccounted for. It's the nation's first pizza museum (uh-huh), which basically means that amidst the pizza shop set up, you'll find a lot of vintage or limited edition pizza-centric--uhhh, stuff. It's awesome, trust me.

Now, look up at the chalkboard menu. You'll see mad pies (and only pies! a.k.a. no cheesesteaks, french fries, or wings). Alongside of some of these quirky names (Lucy Waggle, anybody?), you'll find a cut out of a slice of pizza. That means that pie is available for slices today. I found that out the more difficult way.

Luckily, if you're a plain kinda guy or gal, the Jane is more than likely (if not always) gonna be on slice. The rest can vary.

Keep in mind that these pies aren't your typical run-of-the-mill jawns--they're essentially delicacies. They're the type of things you'll find balsamic and arugula on. Your caramelized onions on your buffalo chicken. It's great if you're trying to venture out in something you're already familiar with.

Okay, choose your pizza, then shuffle on over to the fridge to pick yourself up a glass bottle of soda. Unless you brought your own soda. Or booze ('cause that's allowed). Or maybe you're lucky and showed up on free PBR Tuesdays or Wine Wednesday (ft. the lovely box of Franzia). Pizza-makers... they're just like us, man.

Once you're done eating and eyeing up all the various pizza records, VHS's, action figures, and collectible boxes, go find the dessert you've been waiting for.

Little. Baby's. Ice. Cream. The flavors are different, like "I'm pretty sure my favorite is the early grey and sriracha" kinda different. But they're BOMB.

And boom. You've had yourself a little outing.

So like I said, you'll find this lil' nugget in Fishtown, but if you're ever in Brewerytown, just KNOW... they've got a secondary location. Pizza Dad's. #TheMoreYouKnow.